Derek Marshall’s soul is in a song. 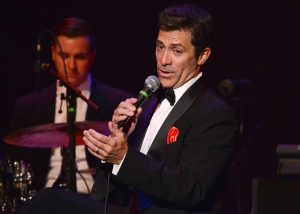 A native of Cole Harbour, Nova Scotia, Derek has performed extensively as a singer and actor for more than twenty-five years throughout Canada in many of the country’s most prestigious theatres, concert halls & casinos.

He was educated at Dalhousie University (B.A.) in Halifax, Nova Scotia, and at Sheridan College (Diploma in Musical Theatre Performance) in Oakville, Ontario, where he received the Ben McPeek and Rosemary Burns Performance Awards. He has been fortunate to share the stage with many of Canada’s finest artists in leading roles in Guys and Dolls, Jasper Station, Cabaret, Joseph and the Amazing Technicolor Dreamcoat, The Last Resort, The Affections of May, Little Shop of Horrors, Brigadoon, A Funny Happened on the Way to the Forum, Bye Bye Birdie, South Pacific and Songs for a New World.

As a singer he has had featured performances at gala events and on tours across Canada, the United States and Europe including several headline engagements at casinos in Germany and Austria.

“Marshall was every bit as entertaining as any of the night club entertainers he paid tribute to, and equally as handsomely magnetic.”

Derek is the star of Vegas Knights, a solo tribute to the greatest crooners of 50’s, 60’s and 70’s Las Vegas highlighting the musical careers of such greats as Frank Sinatra, Dean Martin, Tom Jones, Elvis Presley and many others. Vegas Knights has played to capacity crowds since 2005, highlighted by a milestone performance in Las Vegas, Nevada.

“This guy takes over the room from the start and never lets it go. He doesn’t try to imitate the original singers and moves effortlessly between interpretations in his own voice.”

Derek has a great admiration for the music and style of the American Pop Standard and following the great success of his previous CD, Vegas Knights – Live in Concert, is currently working on new and original material for an upcoming album.